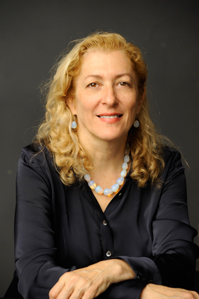 Randa Kirshbaum is a composer and arranger working in New York City. As an undergraduate at Swarthmore College, she studied composition with Harrison Birtwistle and piano with Natalie Hinderas. Ms. Kirshbaum earned a Masters Degree in music composition from Columbia University, where her teachers were George Edwards and Jack Beeson. In summer 1978, she studied briefly with Donald Martino at Johnson State Composers’ Conference. Subsequently, she studied piano with Sophie Feuermann.

Returning to freelance, Ms. Kirshbaum had a performance in 2016 of five string orchestra arrangements of Fritz Kreisler, commissioned by the Folkwang Kammerorchester, Essen; and a performance by Opera Parallèle of a reduced orchestration of Terence Blanchard’s opera Champion. In summer 2017 “Lied (ohne Worte)” and “Colombine”, two arrangements for violin and piano of works of Schönberg, were performed by Rolf Schulte at the Arnold Schönberg Center, Vienna. In May 2019, her wind quintet arrangement of Stravinsky’s Pulcinella Suite was performed by members of the Vienna Symphony at the Musikverein. In the same year, a reading of her orchestration of Messiaen’s Quatuor pour la fin du temps was recorded at Indiana University’s Jacobs School of Music. In 2020 her string quartet Oedipus Suite was awarded finalist standing at the Bruno Maderna Composition Competition, Lviv. In 2021, her chamber orchestra work, The Planets and the Sun, was recorded by the Brno Philharmonic, Czech Republic for Ablaze Records. Her 14-piece reduced orchestration of Stravinsky’s Pulcinella Ballet was just completed, along with 8 string orchestra arrangements of Brahms's late works, and wind quintet arrangements of Dvořák's Slavonic Dances. She also had a recording of a Rilke Lied for voice and piano. Ms. Kirshbaum is currently working on a string sextet.